Difference Between Google Workspace And Microsoft 365 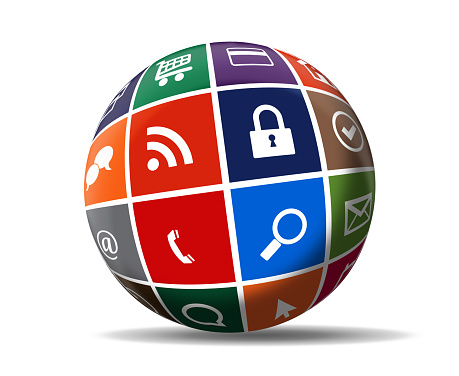 When it comes to cloud-based productivity tools in the workplace, you generally have two options: Google Workspace (formerly G Suite) and Microsoft 365 (formerly Office 365). Although chances are you’ve used one or the other, maybe even both! you may be wondering which one is best for your business. If you plan to use the Business Standard (2TB) or Business Plus (5TB) subscription plans of Google Workspace, the situation changes from a storage point of view, and using Google Workspace is more rational for the same price compared to similar Microsoft 365 plans with its 1TB of storage. Google Drive lets you access your files from anywhere and on any device. However, it’s important to note that Microsoft 365 and Google Workspace give you the option to purchase more storage per user. For G Suite vs Office 365, in terms of support at least, Microsoft has better options. Google Workspace pricing (formerly G Suite pricing) is simpler than Microsoft 365 pricing. Google lists four plans, and Microsoft splits its subscription plans into at least eleven ways for businesses.

Is Google Workspace or Microsoft 365 right for your business?

Microsoft 365’s most basic plan, Business Basic, offers a much more generous amount of email storage than Google Workspace, offering a 50GB inbox in addition to 1TB of file storage. The Google Workspaces Business Starter plan, as mentioned above, limits all storage, both for files and emails, to 30 GB per user. Business Standard – This is the most popular Google Workspace plan and is available for $12 per user per month. This plan offers 2TB of cloud storage per user. This plan supports video conferencing for up to 150 participants and also allows recording of meetings. In addition to the Office suite, other Microsoft products such as BackOffice and Windows Server applications are also household names in the business world. These solutions have powered on-premises data center communications, collaboration, and data storage for years, giving Office 365 an edge in solution familiarity and trust. The Microsoft Office suite dominated the market for years until the late 1990s and early 2000s. Then Google came along with Docs and Spreadsheets in 2006 and combined them with other commercial services to form the Google Apps suite, later called G Suite. . It was stiff competition for the former giant.

How much storage space does Google Workspace have?

What is the difference between Microsoft 365 and Google Drive?

As mentioned above, the basic Microsoft 365 plan includes 1TB of file storage, while Google’s starter plan only offers 30GB, including email. If you are someone who stores images and videos on this account, the space that Google offers in its lowest plan is almost unsustainable. Taking the leap Google Drive is great value for both money and time, it’s free and easy to use. Microsoft Office veterans should have no problem making the switch, while the non-threatening interface is a great starting point for anyone new to the cloud. The number of users using OneDrive is less. The number of users using Google Drive is higher. It’s a bit safer comparatively. It also offers complete data security. It is mainly used in professional works. You can try Google Workspace and Microsoft 365 for free (14 days for Google Workspace, 1 month for Microsoft 365). This is a good practical way to establish which of these platforms best suits your needs.

In the Document Management category, with 2,678,572 customers, G Suite ranks 1st, while Microsoft Office 365, with 252,493 customers, ranks 3rd. G Suite holds a 66.49% market share in the document management category, while Microsoft Office 365 holds a 6.27% market share in the same space. So it seems that while they both offer what should be plenty of email storage for typical users, Microsoft is more generous with its most basic plan, while Google is more generous with its high-end plans. Google Workspace and Microsoft 365 offer a set of communication and collaboration tools. Office 365 uses a system of folders to organize emails. The popular opinion is that Outlook mobile and web apps are anything but the Gmail app interface, but they are very popular as a desktop client. Conveniently, you can connect your Outlook email address with other email clients, and even receive those emails in your Gmail inbox. Both Microsoft and Google have millions of users with passionate fans. Google started from scratch while Microsoft reverse-engineered! Microsoft has gradually shifted to web and mobile versions of its original powerful desktop apps. While Google started on the web but was forced to add powerful features to match Office desktop apps.

Which is better G Suite or Microsoft Office 365?

Google G Suite includes Gmail, Google Drive, Google Docs, Sheets, Slides, Calendar, Keep, Hangouts, and other Google apps you probably already use and love. Microsofts Office 365 includes Outlook, OneDrive, Word, Excel, PowerPoint, One Note, Skype and other Microsoft applications. Many modern professionals will prefer Microsoft Office products by default, simply because that’s what they’re used to. Microsoft 365 also offers a few apps that don’t have direct G Suite equivalents. With Stream, you can upload and share videos, with comments and conversations enabled; it’s great for things like meetings and training sessions. For desktop computers, these applications remain the most complete and feature-rich suite of office applications on the market. Office 365 also offers web and mobile versions of these apps, but they’re limited in the same way as Google Docs. Office 365 desktop apps set a very high standard that no web or mobile app has been able to match. If seamless collaboration is your priority, then Google Docs is the ideal you should be looking for. On the contrary, Word is considered to have excellent document creation and editing features, including various types of graphics, styles, and templates. G Suite vs. Office 365: Which is better?

Which is better Microsoft Office 365 or Google Workspace?

Microsoft 365’s most basic plan, Business Basic, offers a much more generous amount of email storage than Google Workspace, offering a 50GB inbox in addition to 1TB of file storage. The Google Workspaces Business Starter plan, as mentioned above, limits all storage, both for files and emails, to 30 GB per user. Microsoft 365 is the business answer to Google Workspace and was launched in 2011. Until 2017 you will have seen the service called Office 365. With Microsoft Office you can access: Microsoft Word, PowerPoint and Excel Like Google Workspace, you also get a customizable calendar with Microsoft 365, along with several other features. Ultimately, if cloud storage is your main concern, it’s usually a win here for Google Workspace on most of their plans, you can get more file storage, cheaper than with 365. Google Drive lets you access your files anywhere and on any device. If we were talking about entry-level plans, then Office 365 is a clear winner here: you get 1TB of storage with the Business Essentials plan compared to Google’s rather paltry 30GB on their “Basic” plan (to add the insult to insult). , Google also counts emails that take up space against this 30 GB limit).

What is the difference between Office 365 and Gmail?

Microsoft provides Outlook while Google provides Gmail. The main difference between Gmail and Outlook 365 is that Gmail is a free email provider while Outlook 365 is a subscription-based service. Although they both have many handy features, there are also many differences between these two email services. CONTENTS. Verdict: In the direct comparison between Office 365 and g suite, Microsoft scores better than Google! $5.00 to $20.00 for 1TB of cloud storage is a great investment! Additionally, Microsoft enterprise licenses should not be overlooked as they represent a great saving for organizations of all sizes. Office 365 vs G Suite: Security features at a glance Conclusion: Which is better: Gmail or Microsoft Office 365? Gmail is more expensive to implement (TCO) than Microsoft Office 365, Microsoft Office 365 is rated higher (91/100) than Gmail (80/100). Both tools offer the same number of features. In recent years, there has been confusion around Microsoft’s naming conventions, especially when it comes to online subscription plans. Microsoft’s flagship cloud-based suite, Office 365, is often confused with Microsoft 365.

What is the difference between Microsoft and Google?

Microsoft’s flagship product is the Windows operating system, while Google is its search engine 2. Microsoft sells software while Google sells advertising 3. Most of Microsoft’s products and services have a cost, while most of those from Google are available for free. Help us improve. Rate this review! (3 votes, average: 3.00 out of 5) The models of the two companies are very different since Microsoft derives its profits from the sale of software, such as the operating system mentioned above, and application suites such as MS Office. What Google sells is not software, but advertising products. Microsoft’s DOS can be considered the version of operating systems that preceded the era of all subsequent operating system versions. Since Google tends to be a cheaper or even free service, people are turning to their products as a cheap way to shop. Search Ask Any Difference on Google. For mobile only, Google’s share is even larger: 94.84%, while Bings is only 0.42%. However, Bing seems to be more popular on desktop computers, with a market share of 5.53%, while Google holds 87.28%. With our SEO tool, it’s easier than ever to track your rankings by device.

So it seems that while they both offer what should be plenty of email storage for typical users, Microsoft is more generous with its most basic plan, while Google is more generous with its high-end plans. Google Workspace and Microsoft 365 offer a set of communication and collaboration tools. While Microsoft provides all Microsoft 365 users with 1 terabyte (TB) of cloud storage, the amount of storage with Google Workspace depends on the product version: between 30 GB and 5 TB can be purchased per user. The Enterprise version even includes unlimited storage. Google Drive lets you access your files from anywhere and on any device. However, it’s important to note that Microsoft 365 and Google Workspace give you the option to purchase more storage per user. For G Suite vs Office 365, in terms of support at least, Microsoft has better options. Google Workspace pricing (formerly G Suite pricing) is simpler than Microsoft 365 pricing. Google lists four plans, and Microsoft splits its subscription plans into at least eleven ways for businesses.

With an understanding of Google Workspace pricing and the features and tools available in each plan, you are now in a good position to choose the best plan for your usage. Let’s see which plan supports which type of users: Business Starter Plan  If you are an individual user, the Starter plan is sufficient for all your business needs. Google Workspace pricing starts at ±125/user/month for the Business Starter plan, ±672/user/month for the Standard Business plan, and ±1260/user/month for the Advanced Business Plus plan. If you are a business, you can contact them directly and get the plan customized to your needs. The most basic option of Google Workspace (Business Starter) is only 30 GB per user compared to the Microsoft 365 standard of 1 TB per user. That said, Google’s midrange plans have 2TB or 5TB per Google Workspace user, while Microsoft’s equivalent offerings offer 1TB per user. Ample storage space, high-quality security and control features, and management tools make this Workspace Business plan enough to start businesses. Business Plus Plan – If you are a business owner with a relatively large team and a larger setup than entrepreneurs, this Business Plus plan is for you.